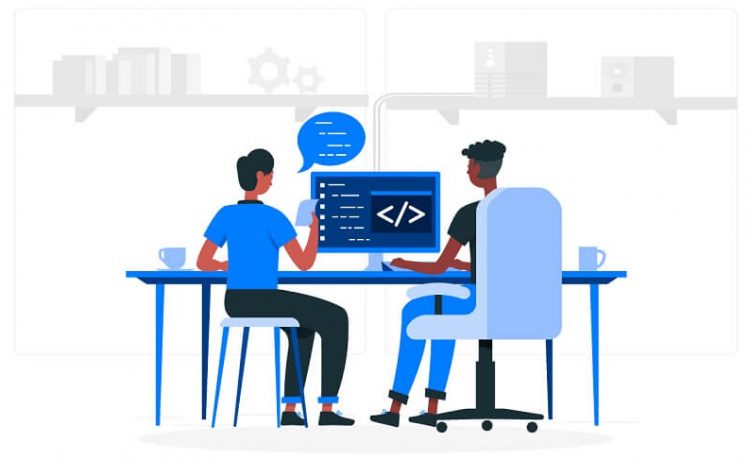 A business might not be aware of the various technology frameworks we have today and it is common to get confused about its use. Here, we have discussed the two popular frameworks React JS vs React Native, and how they are different from one another. So keep reading.

Though React and React Native share a common name, both platforms are used for different reasons. React JS, commonly known as React, is used to develop the front-end for websites and web applications. Whereas, React Native is based on React and is specifically used for creating cross-platform mobile applications.

The two technologies are quite different from one another as they serve entirely different purposes. And you have to know these differences to decide which one would suit your project better. Having this knowledge should help you hire ReactJS developers or React Native developers, as suitable.

Now, let us help you decide what would be your ideal choice. But before that, let’s introduce you to the two problems!

An Introduction To React JS/ React

React or React JS is a Javascript library that can be used to create dynamic user interfaces for web applications. The foundation for creating a library like React began when Facebook was actively innovating on ways to optimize the performance of its portal.

In 2013, they finally created and released React JS, which is now accepted wholeheartedly as a front-end development framework.

An Introduction To React Native

Unlike React library, React Native is a Javascript-based framework for developing cross-platform mobile apps. Ever since the framework was released, it was welcomed by the huge community of app developers because of more than one reason.

It allows developers to build mobile applications effortlessly and they can create for multiple platforms by sharing the code. The good thing is it doesn’t compromise the performance of mobile apps and they are natively built.

Here, look at some of the benefits and limitations of using React Native framework.

You can not compare ‘Apples’ with ‘Oranges’. Both of them surely belong to the class ‘Fruits’, but they have different properties. One is a citrus fruit and the other is not. Similarly, React & React Native can not be compared, to be honest.

It gets as simple as – If you want to build web applications with engaging and dynamic user interfaces, React/React JS is your option. And when you need to create natively-compiled cross-platform mobile applications, React Native is to be considered.

The two platforms serve different purposes so they cannot use interchangeably. However, it is possible to utilize React Native for web app development. The virtual DOM of React/React JS can make it possible to use various React Native APIs and components in web apps.

However, this isn’t the ideal method to do so. Microsoft has introduced a cross-platform library to do this job using React XP. The library works seamlessly with React as well as React Native and the written code can share between multiple platforms such as the web, iOS, Windows, Android, etc.

In this post, we have mentioned some of the positive aspects of each platform and their drawbacks too. It should help you decide which one would serve your project the best. While the two frameworks React JS vs React Native are meant to solve different purposes, it is easier to decide which one you need.

If you happen to build web applications, we recommend looking for ReactJS developers for hire. And for mobile apps, React Native is the choice.

Maulik Shah is the CEO of BiztechCS, a development company. He ensures that his interaction with development is frequent enough, and his industry knowledge is ever-evolving, that he can share it. Despite his packed days, Maulik’s door is always open and he is generous with sharing this knowledge and experience.