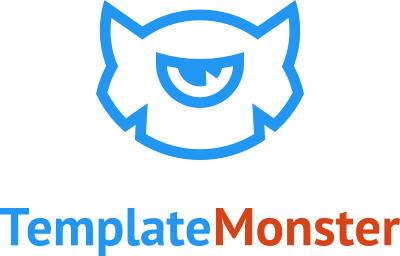 Our today’s post will be interesting both for young entrepreneurs, who are just starting their project and for those who are already involved in the web design business. The business shark and successful entrepreneur David Braun is uncovering his secrets and draws the curtain to show us the backstage of the world’s famous TemplateMonster brand. What stands behind the company, which got to the Top-3 template providers on TrustPilot? 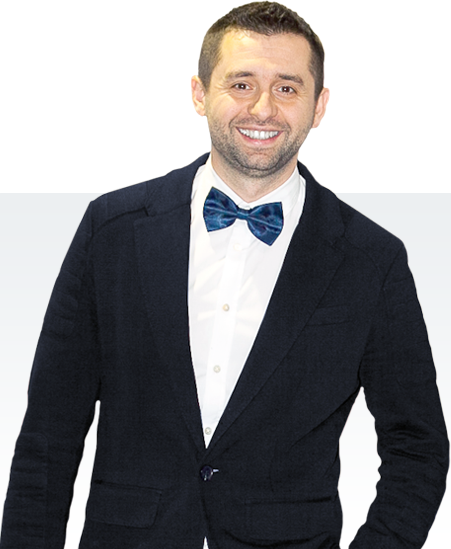 Interviewer: Hello David! It’s a pleasure to have you here. You are an interpreter with more than 14 years of experience and our readers will be interested in learning your story. So, if you are ready, let’s start our interview. An easy question to warm-up. When and how did the story of TemplateMonster start?
David Braun:Regarding today’s market position of TemplateMonster, it is hard to believe that the company started as a small local web studio. The official TM birthday is on May 24, 2002, but in reality, the history of the company dates back to 1998. We were running a small web studio with a very limited team. Over the course of time, we had more and more clients. On the one hand it was good, as it was an indication of our work, but on the other hand, we didn’t have enough resources to handle such amount of orders. We started searching for a solution and this is the point when the idea of ready-made templates appeared. It was a revolutionary break-through at the time! And for a couple of years, we were almost monopolists on the market.
Interviewer:“TemplateMonster” is quite an original name. Is there any story behind the name?
David Braun:Frankly, behind the name of the company there is no deep story. The whole process of choosing the name didn’t take much time. We were having a small discussion with the co-founders. And our designer, who was really obsessed with the monsters, suggested this name. All his notebooks, all the papers he could reach were covered with monster drawings:) We liked the idea, checked, if the domain was free, and so the company got the name TemplateMonster.

Interviewer:TemplateMonster has a long history. What are the main company milestones?
David Braun:Oh, it’s a tough question. Over these years there were so many events, both big and small… Well, at first there was just a group of like-minded people (who later on became the co-founders of TemplateMonster), and we were working more for the sake of the idea than for money. So the first milestone was, I think when we actually expanded and started hiring people. At this point, we had around 40 people on the team. The next stage was when we stopped producing only PSD files and started with HTML. So we had to hire coders. Then an era of Flash began. To animate things we needed lots of animators, musicians, and illustrators. Then Flash died out and CMS came in. The programmers became more important. The more products we produced, the more customers we had. This required relevant support team, pre-sale system and so on. So step by step we were gradually expanding over these years. Now we are working on improving and updating our products. Launching Monstroid in 2015 was definitely a milestone. It took WordPress themes to the whole new level. And very soon the world will see Monstroid 2, which promises to be even better.

Interviewer:Well, once you were monopolists, but now there is tough competition on the template market. What are the advantages of your templates over the competitors?
David Braun: Not to make it sound too promotional… Aside from having 26K templates in our collection, one of our strongest points is, of course, customer support. Not every template provider can boast free lifetime 24/7 support. All our themes are constantly updating. I mean, you won’t find any outdated template on the website. All of them are modern, user-friendly and run on powerful CMS.
Interviewer:Sounds really good. It seems that the clients have loads of advantages to choosing your templates. And what about web studios and individual web developers. Do you collaborate with them somehow?
David Braun:If you create a client’s website from scratch it really takes a lot of time. But if you use a ready-made template and just adjust it to your client’s project, you will be able to complete three or even four times more orders in the same period of time. Moreover, our GPL licensed templates give web developers complete freedom and control over the theme. We also collaborate with web studios and freelancers all over the world. Any web studio can become our partner and to be added to TemplateMonster’sWeb Studio Catalogue.

Interviewer:You mentioned 26K templates in your collection. But what if the client wants a custom design? Do you provide such services?
David Braun:Ready-made templates were originally invented to have a foundation for the website and not to create it from scratch. The themes we provide are highly flexible and fully editable. Built-in customization modules enable you to apply changes without any coding or technical skills. You can modify your design beyond recognition! But for those who don’t want to do it themselves, we have TM Service Center, which can make any modifications to the template you have chosen.
Interviewer:We all know TemplateMonster as one of the world’s leading template providers. But what is behind the scene of the famous brand?
David Braun:Behind the scene we are just a family. I mean not only the team but all our clients and partners as well. Over these 14 years, we developed our own traditions and corporate culture. We are not just wet smacks who spend days and nights coding and designing. TemplateMonster leads an active social life. We travel together a lot, take parts in charity programs and sports events. And these good vibes in the team really mean a lot for me. 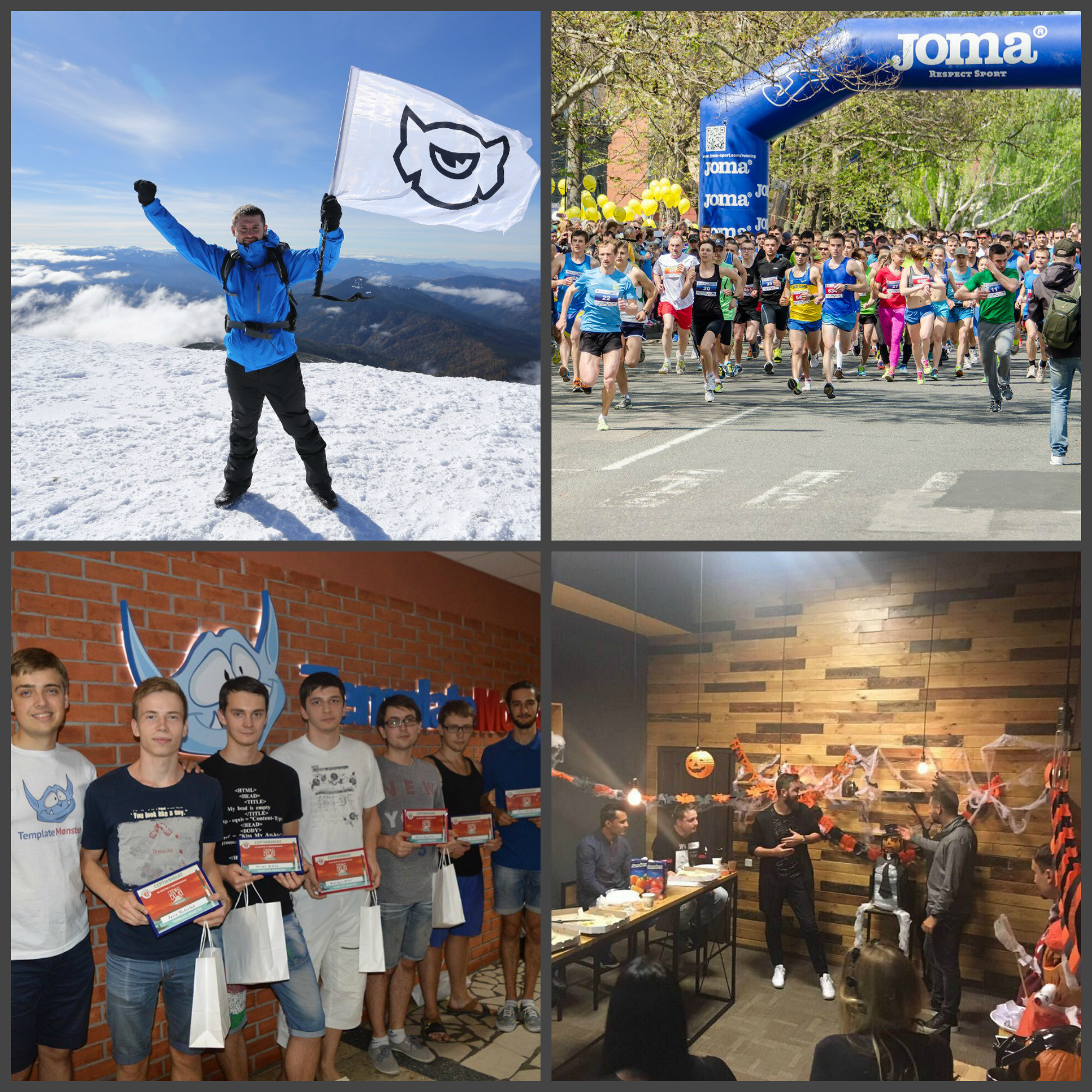 Interviewer:You are a successful businessman. But have you ever done mistakes in your career? Maybe there is something you would have done another way?
David Braun:Making mistakes is an inevitable part of human nature:) Personally, I have done lots of mistakes. Probably the biggest one is not following my intuition at certain points. A good example is when the guys from MotoCMS came to us and suggested to join in as investors. I really liked their approach and the idea they were into, but, because of some doubts, I didn’t do as my intuition told me. We joined as investors in the later stages. But if I did it a few years earlier, we would have probably been billionaires by now.
Interviewer:Is there, someone, you look up to in running your business?
David Braun:When I was just starting I considered Jeff Bezos, the founder of Amazon.com, as a role model. He is a great visionary. Extremely charismatic and persuasive! He could talk to the investors, tell absolutely crazy ideas and everyone believes him! I really like his approach.
Interviewer:And one last question.What is the main secret of a successful entrepreneur?
David Braun:The answer is really simple. You should know your customer. If you know him perfectly, if you know what he is thinking, what he likes and dislikes, what problems he might face, you will always be successful!
Interviewer:Thanks, David! It was really informative. And I am sure, your example will be very encouraging for young entrepreneurs, who are just at the beginning of their project.

2 thoughts on “Interview with the Monster: Meet David Braun, TemplateMonster CEO and Co-founder !!”