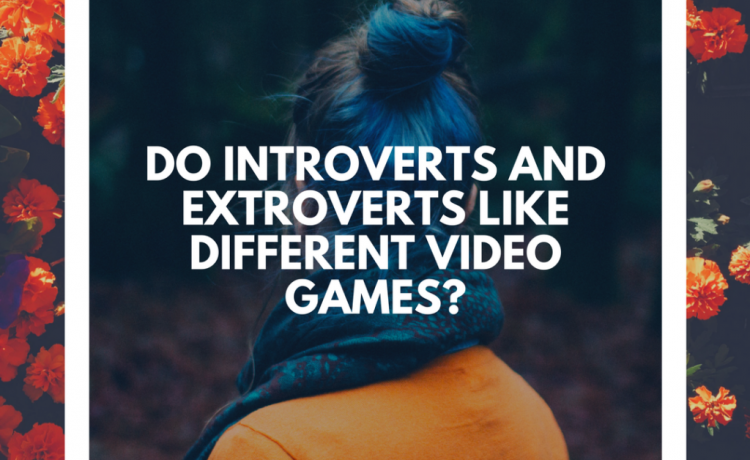 When we used to talk about video games back in the day, it was thought of as some not-so-socially active guy sitting alone in a dark room staring at a screen for hours. Gamers used to be thought of as a group of introverts with no social skills. But over the years, gaming has grown to become a must-have not only for the “nerds” but also for the “party people” who used to think they are cooler than those who play video games.

And while gaming has become so popular in all sorts of people and cultures, there are still these two groups of people who are significantly different from one another. But my question here is, do introverts play differently than extroverts? And if they do, how so?

What makes you an introvert?

Before we jump into all this, we also need to have some sort of persona, some attributes in a gamer that we can categorize as being an introvert. So, without being all doctor-ish about it, I think that introverts are the shy species who have a hard time being part of the crowd, making small talk (although do love to talk about deep topics), have a sense of wittiness that they are unable to show, kind of hard to express their feelings in person than on paper.

Now, with that being said, the opposite of these characteristics is what makes up an extrovert, and keeping that image of both in mind, we can start to figure out if they both play the games differently or in other words play different games.

So, gaming, in general, provides players with a lot of options to cope with whatever is going on in their real life and that is one of the main reasons why most people start gaming, to find that escape from reality. In my personal experience, Introverts tend to play games where they can set their own pace, and have some sort of importance in the world. I and a lot of my other friends used to play on GTA V account as it provided us with everything that goes on in the real world, but there we could be anything we want, we could start our business, hang out with our friends, earn a bunch of GTA currency to buy expensive cars and best of all, be free to do whatever we wanted to do in the real world with a sense of being important.

And while a lot of extroverts do play RPG games like Final Fantasy where they can interact with other players and earn FFXIV Gil, most of them do so with other reasons in mind. It mostly has to do with having some fun time without getting bored and for the sheer kick of it. Personally, I think extroverts tend to play games that are fast-paced with the thrill and action that includes games like Apex Legends account or any other competitive FPS title.