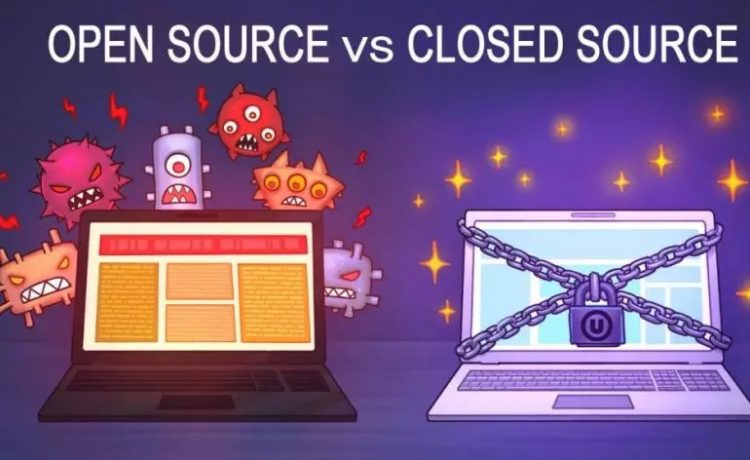 Businesses and IT teams are not the only beneficiaries of the ongoing digital revolution. Malicious actors are also leveraging the latest emerging technologies to dream up new cyberattack ideas and expand their victims’ base from big business to your everyday WordPress website owner, who have nothing more than a few security plugins to fend for themselves.

With the risk of cyberattacks getting closer and closer to home. The need for a secure business environment is at an all-time high, this is true for both small and large businesses and software and web developers alike.

Organizational executives are looking for the best way to test their software or websites for security and protect them from hackers. But while there’s no scarcity of security options, the biggest challenge facing IT teams today is going past the open versus closed source software security debate. The million-dollar question here is, “Which of the two approaches is safer?”

In this post, we take a closer look at each of these options and why you should consider one over the other.

Open source refers to non-proprietary software whose code is available to everyone to use. Modify(by adding or deleting) and distribute free of charge.

In other words, the authors of these tools don’t keep the source code a secret. Instead, they share the open-source software in a public repository with free access to the specific functions used to create it.

By allowing access to the back-end code, the original authors technically remove all barriers to the app. This allows other developers to study the app development process. Develop new ways to modify and improve it to suit their intended purpose.

As Snyk points out, the main point of the open-source vulnerability scanning approach is to encourage the community of programmers and engineers to collaborate and develop new technologies that solve the problems at hand.

Closed source software is also known as proprietary software. It’s the exact opposite of the OSS approach in that the author (or organization) securely locks and encrypts the source code denying everyone else access.

That’s to say that other developers and programmers cannot read, modify, copy and distribute the software as they wish.

Unlike open-source software, proprietary software technology is not so much after community input. We will explain how this impacts software security in the sections below.

As far as the comparison between these two approaches goes, security gets the most attention. Closed source software proponents argue that hackers can’t manipulate the core as they wish because it’s locked in the public.

Secondly, proprietary software is developed by a team of the best developers, and upcoming startups in a controlled environment backed up by top tech giants. Though no software can be 100% flawless, these products are thought to be of higher quality because a concentrated team heavily audits the code to reduce the risk of vulnerabilities and bugs.

But this is precisely what the proponents of open source security testing software fear the most. Because it’s almost impossible for the users to view and study the source code, there’s no way to gauge its security level. In that case, closed source enthusiasts have no choice but to fully trust that the developers were at the top of their game when securing the code.

The main appeal of non-proprietary security testing software is the community of developers viewing and reviewing the source code. This way, there are a lot of eyes(white hackers, forward-thinking contributors and users) scanning the code for backdoor trojans, bugs and security holes.

This is a high-risk vulnerability because the developer isn’t aware of its existence. So there’s no patch ready to fix it.

It’s important to point out that some vulnerabilities can take anywhere from a day to several months. Before the developer has discovered them. And even after releasing a patch for the flaw, not all users are quick to implement it.

After spotting a flaw, hackers act fast to infiltrate the software and launch a zero-day attack. The zero-day exploit code(a code written to exploit an undiscovered vulnerability). It can also be widely sold on the dark web, further scaling up the attack.

Both open source and closed source products are prone to zero-day vulnerabilities and attacks. However, when it comes down to it. Closed source systems are more susceptible to this risk than open-source applications.

Zero-day attacks on widely used proprietary software, such as Microsoft Windows, iOS, Java, Adobe Flash and Skype. These are considered to have a much higher ROI. With open source components, zero-day vulnerability is not a major threat partly. Because of the many eyes that are on the code.

Fans of OSS appreciate that they don’t have to contact the developer about a vulnerability. They wait for a solution. When other developers discover a bug in an OSS. They submit a fix to the maintainers of the projects where it’s peer-reviewed before being implemented.

For that reason, modern software developers agree that the speed of fixing vulnerabilities in OSS. It is unmatchable in the proprietary software world.

But keep in mind that the “many eyes” theory in the open-source software approach is just a supposition. Maintaining software programs requires not only resources but also takes time. Even with its openness, there’s no guarantee that a team of volunteers has the necessary financial muscle to keep the code updated. If anything, the maintainers are simply volunteers under no obligation to look at and deal with the kinks in the code.

The debate on open versus closed source software is far from over as each framework has its list of strengths and weaknesses. But whether open or closed, there are no inherently flawless programs since all codes are written by people.

In practical terms, there’s no right or wrong answer. It comes to choosing between open and closed source security testing software. Your choice comes down to your specific business security needs and whether you have enough resources.

Thus, it’s up to individual businesses and their IT teams to identify and go with respectable software. Even more critical is the need to maintain. Then update the program and ensure regular security testing.