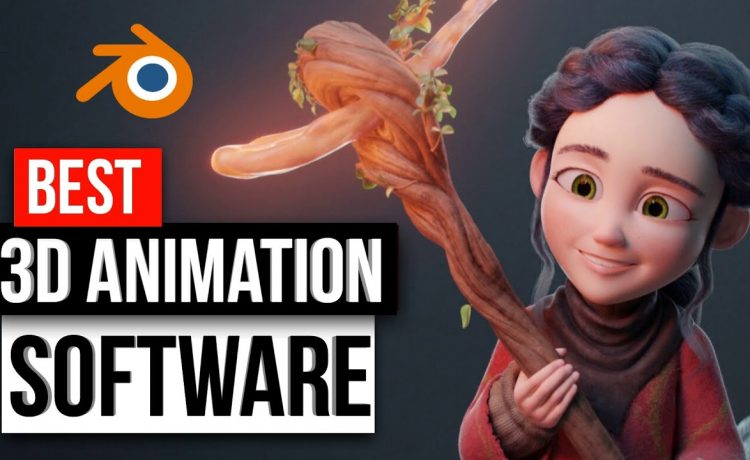 3D Animation is one of the most demanding disciplines in contemporary art industries. Not only it requires a grasp of the 3D models used in its development but also a substantial knowledge of shot composition, renderer, specifics of the game engine used, and the 3D animation software that is used to design it.

In this article, we have listed the 4 best 3D Animation software of 2021 that will provide you variety of features and options to create amazing Animations.

Cinema 4D is one of the famous 3D Animation software developed by Maxon in 1990. It was initially named FastRay when it launched, but, soon after Maxon changed its name to Cinema 4D. The best thing about This powerful software is its easy learning curve. There are lots of tutorials and guides that will help you learn and master its features and functions. It also has a Skilled community that helps beginners quickly develop their skills.

Cinema 4D is powered by OpenGL. Its real-time viewport baffles with a depth of field and display space reflections make it easier to implement and control these effects. In Cinema 4D, you can also export preview renders. So, you can submit your proposals to clients for approval. It offers a variety of features like Scene Reconstruction that let you create geometry based on tracked and coloured point clouds. In the latest release, more features have been added such as new placement tools, special presets for rendering cars, improved asset browsers, a scene manager, and a bodypaint tool that now supports the real-time viewport.

The pricing of Cinema 4D starts at $1199.00 per year which includes free membership of their training site called Cineversity.

Maya is a professional software precisely developed by Autodesk for 3D modelling, Animation, and rendering. This Amazing and powerful tool is widely used across the globe. It is used to create Animations and VFX in blockbuster movies and web series such as Transformers, Harry Potter, and Game of Thrones. Maya offers Viewport 2.0 that allows a faster Animation playback and lets artists review Animation right in the viewport. It also reduces the requirement of the Playblasts. Maya’s latest version has Butterworth and Key Reducer filters that allow creators to fine-tune their animation curves.

This powerful Animation software lets you do everything from creating complex characters to realistic effects and vast worlds. Maya also offers an Evaluation Toolkit that helps you in testing, analyzing, and understanding the operation of parallel evaluation modes. With the help of its Bifrost feature, you can create procedural dazzling effects.

The pricing of this Amazing software starts at $1700 per year.

Furthermore, the 3DS Max Fluids, which allow you to create realistic liquid Animations like water, lava, and oil. You can also replicate gravity and collision effects with this tool. Other Animation tools include a motion mixer to combine motion data for biped and non-biped objects, wire parameters to link any two object parameters in the viewpoint, and Linked hierarchies to animate several objects at once. It also has a self-contained crowd simulation system.

The pricing of this powerful software starts at $215 per month.